I own a small number shares of Tesla as a part of my high risk portfolio. Buying this stock has so far been a very good investment. I am currently debating whether it would be best to sell the stock or if I should buy more. There is no doubt that Tesla is very overvalued if we look at their current production but if it can meet its production goals it might be able to keep the hype train going and increase in value even further.

Tesla is currently raising more money through a bond offering. Tesla has earlier issued new stock to raise more capital but Elon Musk wants to avoid to further dilute the company and will therefore borrow money instead of issuing new stock. This increases the risk associated with this stock and might give some investors cold feet. The money raised through the bonds will have to be paid back with interest and will effect the companies bottom line. This has not been the case when they issued new stock.

The fact that Musk prefers to borrow the money rather than issue new stock can however also be seen as a signal of strength. Musk might feel certain that he will met production goals and that Tesla will be able to start earning a profit in the coming future. If this is the case than he might choose not dilute the stock because he know he isn’t going to need to.

The new debt will be added on top of all the debt Tesla assumed when the purchased Solar city.

Production has now started on the new mass market model of Tesla. The interest for this car has been huge and Tesla received almost 100 000 pre-orders. They are also receiving almost 2000 new orders per week. This is very impressive for a car that is still produced in very small numbers and where customers will have to wait for another year to get their cars. Some of the original orders where made several years ago despite the fact that production never was meant to start before now. 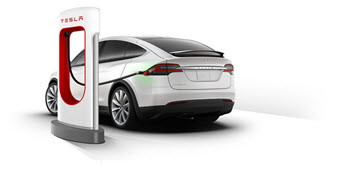 The large interest for the car is a large opportunity for the company. Musk have said that they can sell as many as they want to. But it also means a large challenge as the company needs to be able to ramp up production from the small production numbers they currently have to more than 10 000 cars a week. If they are able to do this then a lot of nay sayers would be converted and the stock might continue to rise. But Tesla would still be overvalued as they would still be producing and selling less car that other companies with similar valuations such as Ford and GM. This might however not matter as long as Tesla can show that they can continue to grow quickly.

Personally I think that we will have to wait atleast 5 more years before Tesla can be a real player  that is able to sell similar numbers to the big giants. I have high hopes for the electric truck that they are developing. I think that can be very profitable and get adopted by the market very quickly if they can make it an attractive alternative for the transportation companies.

Solar city and the Mega factory

Musk have received a lot of critic for merging Solar city into to Tesla to form a complete energy company. I do think that parts of this make sense but I do not know if I believe in solar citys business idea. However, solar city gives him a good outlet to sell the wall battery packs and the solar tiles. Both these products have the chance of becoming huge hits but might be hampered by the high price. Teslas reputation and design might however make people willing to overlook this. I do not think the purchase of solar city will make or break Tesla. The fate of Tesla will decide the face of solar city. Not the other way around.

I personally think that decision to buy solar city might have been made because Musk was getting tired if short sellers that was forcing down the stock value of solar city. Musk owned a large stake in solar city. He saw a good opportunity to acquire the company and punished the short seller at the same time and he took it. Now he has control over the future of the company and does not have to worry that short sellers are going to bring the company down. Tesla does of course also attract a lot of short sellers but the Tesla stock have proved to be more resilient to this.

The Mega factory is likely a very good idea as it will help with the car production and making the cars more profitable. I think he should be looking into starting construction on a second factory as soon as possible. Possible in Europe.

The Australia deal and the opportunities it create

Musk recently landed a very large deal when he offered to solve the energy storage problem in a part of Australia in 100 days by building a 129MWh battery or the equipment would be free. It took some time before the government was able to approve the deal. The deal is now approved an construction is underway. This is a big risk. Tesla will earn a nice profit on the construction if they finish in time but will face loses of about 50 000 000 if they do not. I have no doubt the company will build the battery in time. They recently built a 80MWh grid-scale battery in southern California. They completed this battery in 90 days. The Australian deal have given the company a lot of good press and might lead to further contracts in the future if they are successful. I think that grid-scale batteries can become on of Teslas most important and most profitable businesses in the coming years. The demand is huge and will only grow as renewable energy become more popular.

The cars is great for attention and awareness but I think it is in the industrial space, trucks, grid-scale batteries etc that Tesla will end up make most of its money and the larges impact on our society.

I think Tesla is grossly overvalued if you look at the company as an automobile company. The company is already worth more than it should be even if it meets its ambitious production goals. If Tesla only sold cars I would definitely sell my stock.

But Tesla is much more than just a car company and the most valuable asset the company have in my eyes is the often overlooked division for grid-scale batteries. These batteries have large profit margins and Tesla is positioned to take a large part of this business in Australia, the US and Europe. This to me is a lot more exciting than the cars and might grow a lot quicker than the car production can. I genuinely believe that this can be an extremely profitable division for Tesla. I am excited enough about these possibilities to keep the stocks I have. I do not think I will be buying any more stocks at this moment but I will be closely following the news about grid-scale battery sales and might pick up more stock if that business seems to be growing as I think it is going to. I might also pick up more stocks if the stock price goes down about 10% from current levels.

Solar city and solar tiles seems like a less important part of the business right now and does not figure in to my conclusion. But they have the potential to help the bottom line of the company in the future.